First things first, mAadhaar is a digital version of your Aadhaar card which you can carry with you anytime and anywhere, without actually having to keep the Aadhaar Card itself with you in its physical form.

That on its own is no doubt a compelling reason for why it’s a good idea to have mAadhaar downloaded and installed on your mobile device.

At the same time, there is clearly more to it.

Accordingly, the aim of this article is to inform you about ALL the advantages that come with mAadhaar.

The instances of having to link or provide Aadhaar details in order to avail of many different services are only increasing rapidly with each passing day. Whether it is opening and maintaining your regular bank account or obtaining a mobile SIM card, Aadhaar is being made mandatory in a wide variety of instances.

Although theoretically, Aadhaar is still a voluntary program that Indians can choose to be a part of, they are increasingly being compelled to do so. Otherwise, they are likely to miss out on a number of services they are privy to.

Now, with your mAadhaar with you, it is definitely much easier to link your Aadhaar details whenever you need to, without necessarily having to have your Aadhaar Card on you.

An outstanding advantage of mAadhaar not often realized by many is the fact that Aadhaar details can be shared really very easily, simply by QR code scanning.

Otherwise, with your regular Aadhaar Card, you would actually have to share the card itself with the individual or organisation that needs to have your Aadhaar information. In such a scenario, there is every possibility that your personal Aadhaar details might be noted and possibly misused.

But simply by QR Code scanning of Aadhaar details on mAadhaar, there is a negligible chance of any misuse happening, not to mention the immense convenience that comes with doing so.

Yet another good mAadhaar feature that proves to be one more compelling reason for you to download and install the app is that you can easily validate with TOTP as opposed to mobile network dependent OTP.

Essentially, it is Time Based OTP or One Time Password. So besides being the usual OTP that so many of us Indians have got used to, for validating most of our online transactions, it has an additional time-sensitive factor which is far more stringent than regular OTPs.

Sure, regular OTPs also have limited time-bound validity which is usually about 5 to a maximum of 10 minutes in most cases. But with TOTP, the validity period is much less – just 30 seconds.

This has been done to maximise security and ensure user data protection.

Such a limited time period actually proves adequate because TOTP is not mobile network dependent, which is often an issue in many parts of India, with patchy mobile network connectivity. Instead, TOTP simply requires Internet connectivity, including WiFi.

As long as that is in place, validating Aadhaar details on mAadhaar using a TOTP proves to be a cakewalk.

An aspect related to QR Code scanning and TOTP validation as mentioned in the points above is that approvals through mAadhaar tend to be speedy. Whether it is opening a bank account, getting a new gas connection, or obtaining a new mobile SIM, things become fast and easy.

Otherwise, with the physical Aadhaar card, there is a chance that things will end up taking time, especially when then is human, clerical effort required to be put in. For instance, if the Aadhaar number has to be manually entered, things will happen only when that is actually done.

But with QR Code scanning especially, things take place in a computerised and connected environment, with everything taking place much faster.

Safety of your Aadhaar Card

Finally, we have to mention the safety of your Aadhaar Card as one of the biggest reasons to go ahead and install mAadhaar on your mobile device.

After all, with mAadhaar, you can safely tuck your card away and still be able to carry your Aadhaar details around with you, as you typically would. 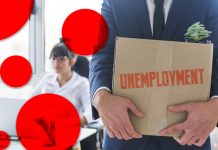 The flu pandemic has affected the lives of millions of people around the globe, causing vast damage to corporate entities and public agencies. With more businesses getting hit by the lack of profits, they are forced to lay off employees amid the pandemic. Because of this, most affected employees apply... 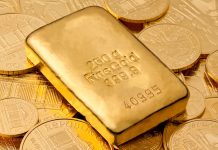 Gold is in many ways ubiquitous to India; it is at the very core of Indian society and culture. At the same time, the thought of gold as an investment is not often entertained. In India, its biggest usage by far is in the form of jewellery. The fact that... 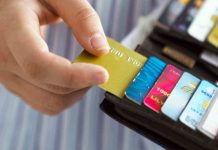 Credit Card EMI purchases are increasingly becoming commonplace in India yet there is a large proportion of the Indian population that is yet to avail them. Come to think of it, as it is, if we look at the actual percentage of people owning a credit card in India,... 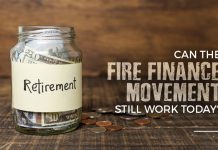 The virus pandemic has greatly shocked the economy, putting millions of people out of work. This left countless people around the globe grappling to maintain their finances. Younger generations today, the majority of which are millennials, are especially faced with additional challenges, especially with the FIRE finance movement becoming more... 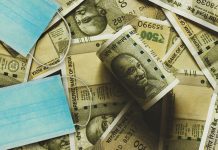 How To Remain Financially Independent During A Virus Pandemic

In these trying times, one of the most immediate concerns of the average person aside from health is their day-to-day living. After all, some measures require working individuals to stay at home, preventing them from earn. Unless your job and employer allow you to work from home, or you... Practicing credit card discipline is no easy feat. The temptation to use credit cards when cash is not readily available is just too high. All too often, there is little thought given to how the credit card bill will be paid when it is due. However, things do not have... 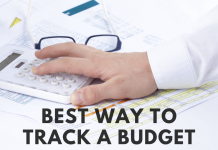 Discover the Best Way to Track a Budget

Knowing how to effectively and efficiently track your expenses and stay within your budget is a life skill that many of us have to learn. After all, this is one of the main factors that help you set yourself up for stability and success. Thankfully, there are various options for... Some things in life require a checking account. Some landlords require you to issue post-dated checks as part of the agreement. This payment option lets you safely carry around money without actually carrying large amounts of cash.With the convenience offered by checking accounts, you might be interested in getting... 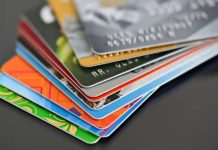 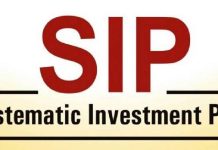 When it comes to investing in mutual funds, it makes enormous sense to do so via the ‘SIP’ or ‘Systematic Investment Plan’ route. Are you wondering what exactly a SIP investment? In this article, you will learn everything you need to know. SIP refers to a unique approach of investing in... 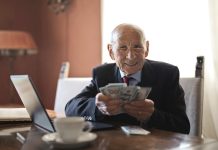 How to Invest Without a Lot of Money

Everyone knows that investing can be a perfect way for your capital to prosper over the long term. But it's easy to get carried away by all the details and all the choices you have to make if you're new to investing. You may not feel like you're an "investor,"... 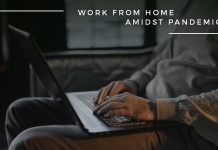 Is the coronavirus pandemic affecting you financially? If so, you’re probably looking for ways to earn without risking your health. Fortunately, with the presence of many work from home job opportunities, you can now earn money without the need to go outside. Whether you’re a lover of words, an Adobe...

Questions To Ask When You Apply For An Education Loan

How To Apply For A Bank Of Baroda Personal Loan

Our mission is to help people become familiar with the world of finance.